You must be a registered user on Szervető to send an order. You can browse out products without giving your personal data. You can place product into the virtual shopping cart without registration, but to order the products you must register and log in.

Placing the products into the shopping cart does not mean you ordered the products. You have to send your order through the ordering process 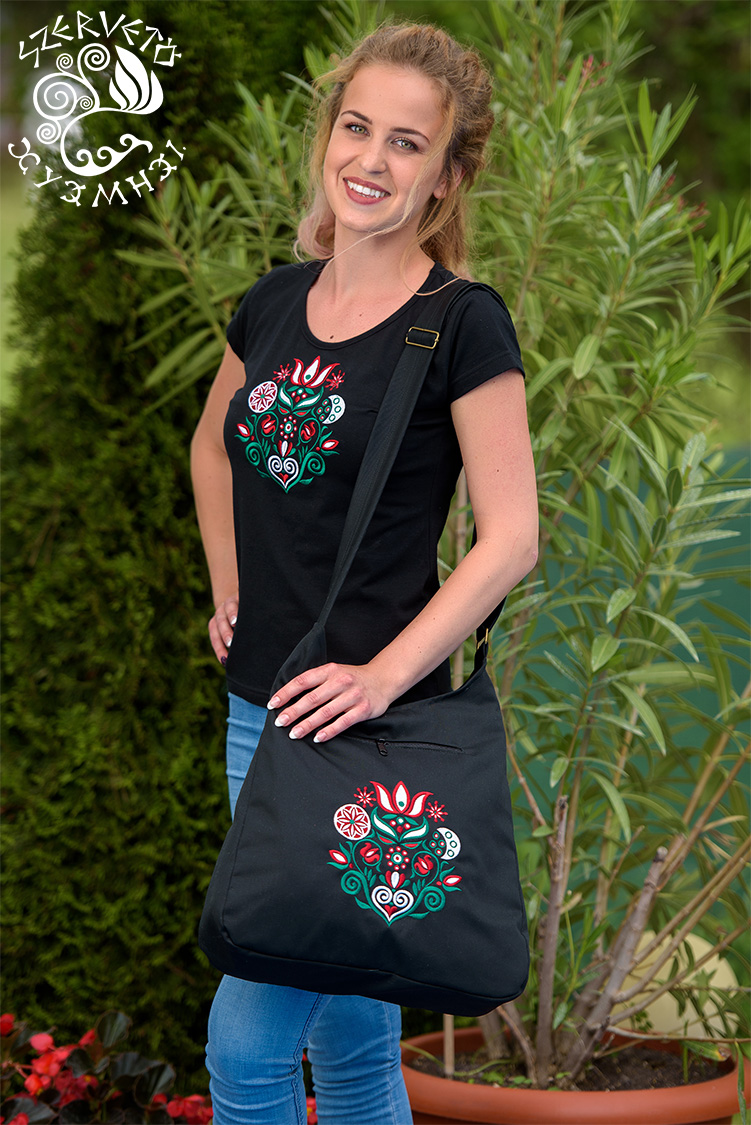 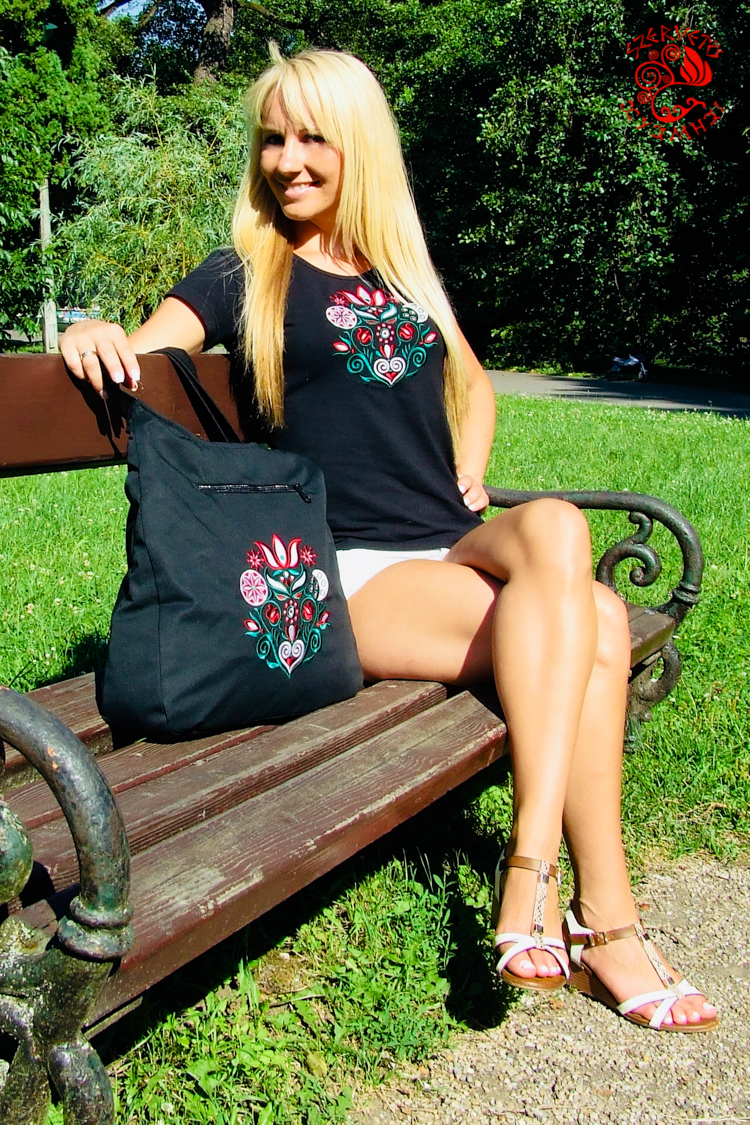 Clothing set. For more information click on the name of the product in the details below.

With a zipper at the top and a zippered side pocket inside.

In the rich Hungarian history of folk art, the living (and beyond living) Universe’s structure’s visual information displays in the front and inside of us: Among other things, the true representation of the tulip as a pattern.

The introduction of tulip to Europe is attributed to the Ottomans and dated to the mid-end of the sixteenth century, followed by the famous Tulipmania (also called the Tulipomania or the Tulip Fever) of the United Provinces (currently the Netherlands) towards the middle of the seventeenth century. But tulips also got to central and eastern Europe. In Transylvania it remains yet unclear when and how the new oriental flowers were introduced - the only possible sources on the matter are for now depictions of the flowers on various types of decorative objects: carpets, embroideries, stove tiles.

From the beginning of the Hungarian folk songs and the material folk art, the representations of the tulips are very common. Its transformed form as a sign can be found on gate-posts, headstones, stove tiles, embroideries, hope chests, through the gifts of love, even on tools used specifically by women, ( for instance, carved distaff, paddle, mangle, etc.), and of course, also on the dishes.

No question was asked about this product.

Nobody has written a review, be the first!

Women's T-shirt, embroidered with the Tulip, which is one of the oldest flower motif in Hungarian and Transylvanian folk art.
22.00 €
Details 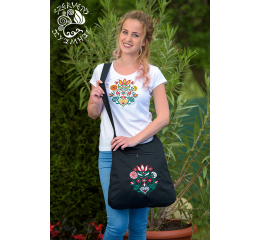 Trapezate bag, embroidered with the Szervető-tulip, which is one of the oldest flower motif in Hungarian and Transylvanian folk art.
25.00 €
Details